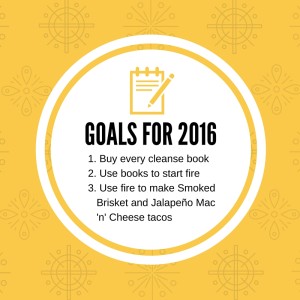 Step 1. Take out a sheet of fancy paper. The fanciest paper you can find. Something really inspiring. Lisa Frank or maybe something with a wookie on it.

Step 2. Write down everything you want to change about yourself. Arms too short? Write it down! Not enough money to swim in a la Scrooge McDuck? Write it down!

Step 3. Crumple the paper into a ball.

Step 4. Throw it at the nearest garbage can, basketball style.

Step 5. Repeat step 4 until you make a basket. If necessary, uncrumple the paper and write “improve paper throwing” on it and start over from step 3. 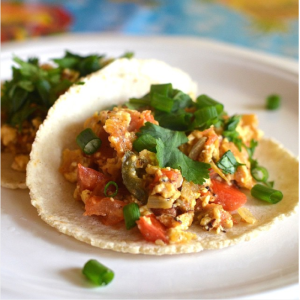 Mighty Migas from The Taco Cleanse. Photo by Lazy Smurf.

1. Migas. The Best of Breakfast tacos.
2. A fish-style taco a la California. Use cabbage, not lettuce, if you know what’s what.
3. Something traditional with a slow cooked, tender filling supplemented only by chopped white onion and cilantro. We like the Soy Curl al Pastor in The Taco Cleanse.
4. A really late night bean taco from Taco Bell eaten while sleepy and possibly a bit tipsy. Be generous with the hot sauce.
5. A taco where the only ingredient is the best refried beans you’ve ever had in your life. Maybe some potato, but the focus should be on the beans.
6. A fusion food taco. Whether it’s Korean, Italian, or Middle Eastern, share the loving embrace of a tortilla with another cuisine. 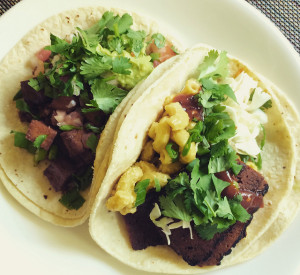 7. A barbecue taco complete with with your favorite regional barbecue sauce. Like our Barbecue Brisket and Mac ‘n’ Cheese taco.
8. A Chaco taco. Or a “chaco taco.” We’re not picky about brands here. Just make sure there’s ice cream involved.
9. Huitlacoche. Really. Don’t be put off by the alternate names.
10. School cafeteria-style hard shell taco. This is the one place we’ll sanction the use of that sad shredded iceberg lettuce.
11. A waffle taco. Taco Bell didn’t invent these. Fold that waffle around your favorite breakfast ingredients and remember why you love breakfast again. 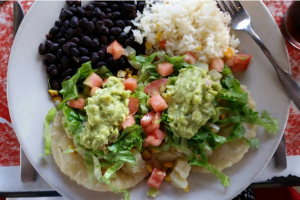 12. A puffy taco. If you’ve never had one of these, imagine a taco made with a savory sopapilla instead of a tortilla. Or just imagine the difference between baked french fries and oil-fried french fries and apply that to a corn tortilla.
13. Whatever you want because at 37 you’re a grown ass adult, and people should stop telling you what to eat.

*Nothing much happens at 37. We just like prime numbers. 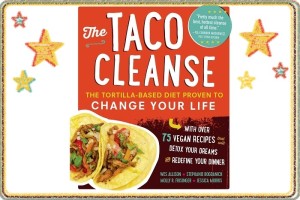 Image by Cake Maker to the Stars

There are some great blog giveaways right now for all of you who haven’t had a chance to but a life-changing copy of The Taco Cleanse yet. 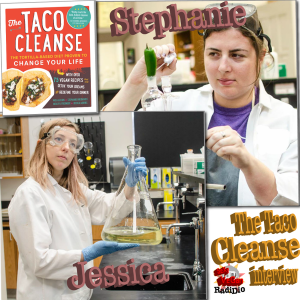 Listen to noted Taco Scientists Stephanie and Jessica talk tacos with Brian of The Sexy Vegan Radidio. Find out how to eat a pizza taco and how to prevent taco neck strain.

In Portland or want to be in Portland on January 16 at 4 PM? (We all want to.) Visit Herbivore Clothing to meet Taco Scientists Stephanie and Jessica. Play the infamous Taco Trivia Game, where you could win a shot of tequila or the chance to do Taco Yoga in front of all of your peers. 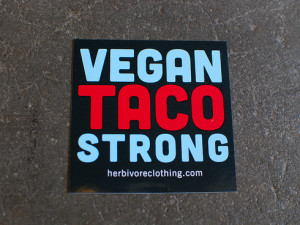 Herbivore Clothing are the makers of the awesome Taco Strong sticker. Declare your allegiance to the Taco by placing it on your water bottler, suit case, or refrigerator.

That link to the Taco Cleanse above? It’s an affiliate link.